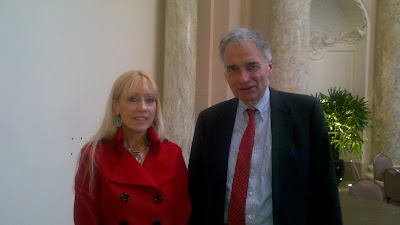 On January 6th, the Electronic Privacy Information Center (EPIC) hosted a conference titled “The Stripping of Freedom—a Careful Scan of TSA Security Procedures.” I was honored to speak at this event. It was an inspiring demonstration of people with divergent political views coming together on an issue of national importance. Each speaker had a unique perspective, but I joined the likes of Ralph Nader, Stanford law professor Chip Pitts, and security expert Bruce Schneier in saying one thing–the new TSA measures are wrong.

The FlyersRights.org position has always been clear. As we’ve stated in press releases and countless media interviews over the last few months, air travel security is essential, but requires measures designed to enhance security that are effective, safe, and constitutional. I joined with all the other conference speakers in pointing out that none of those things are true of the present measures.

And now, another terror attack has killed 35 innocent people and injured nearly 200 more. To those of you who are even now reaching for your keyboard to write “How will you feel when the next airliner crashes because of your views,” I say this: How do you feel now that terrorists have struck again, sidestepping the very kinds of security measures that you insist will secure your safety? If you had been at Domodedovo today, how safe would you have been?

The lesson we must learn from the Moscow tragedy is the point made by Bruce Schneier in his recent NY Times op-ed piece. Here’s what he said:

A short history of airport security: We screen for guns and bombs, so the terrorists use box cutters. We confiscate box cutters and corkscrews, so they put explosives in their sneakers. We screen footwear, so they try to use liquids. We confiscate liquids, so they put PETN bombs in their underwear. We roll out full-body scanners, even though they wouldn’t have caught the Underwear Bomber, so they put a bomb in a printer cartridge. We ban printer cartridges over 16 ounces — the level of magical thinking here is amazing — and they’re going to do something else.

We need to find the bombers, not the bombs. The DHS needs to learn that most of us are honest citizens and stop treating each and every one of us as a potential terrorist. We need to honestly face up to the complex, daunting task of actually protecting ourselves, and we must stop grasping for solutions based on questionable technology. We need the DHS to apply the more than a third of a billion dollars we’ve thrown at them to actually finding solutions to this problem.

The DHS and TSA have met with almost every stakeholder in this issue, save one—airline travel consumers. FlyersRights, Ralph Nader’s Center for Study of Responsive Law, and the Electronic Privacy Information Center stand ready to work with the TSA to develop effective procedures that take into account the concerns of all flyers, and to help them understand the discontent their actions to date have caused in the flying public. FlyersRights.org runs a full time hotline where we handle issues for all air travellers. We do this free of charge. It is a great honor to help all air travellers to navigate the very hostile waters that both TSA and air travel present for us all.