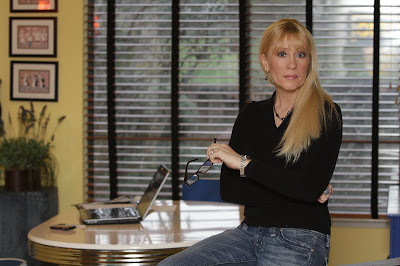 On December 25, when the media reported on Umar Farouk Adbulmutallab’s alleged attempt to detonate an explosive device aboard an airliner bound for Detroit, images of 9/11 were once again conjured up in the minds of Americans across the country. More significant was the national groan from millions of air travelers who anxiously anticipated the next wave of invasive and ineffective security procedures from the Transportation Security Administration.

Since 9/11, the flying public has been subjected to myriad new rules as lines at security checkpoints reached unbearable levels at many of the busiest airports. Air travelers have faced supplemental gate pat downs, the removal of shoes, and restrictions on liquids and gels. Additionally, the TSA and security personnel abroad tout the use of state-of-the-art X-ray machines and contraband detection methods. Despite these so-called advances in security training and technology, no person or machine detected the explosives reported to be on Abdulmutallab’s person Christmas Day, more than eight years after the most brazen and fatal airline hijackings in history.

Once again, federal officials are back to square one on airport security, despite nearly a decade of effort and billions of dollars in investment. Now the TSA, backed by the federal government, believes that full-body scanners manufactured by Rapiscan hold the absolute answer to the world’s airport security woes. And let’s not forget the praises of these scanners sung by former Secretary of Homeland Security Michael Chertoff. It all sounds perfect.

Does that mean that passengers nationwide can now breathe a collective sigh of relief? Well, not quite. It turns out that Chertoff failed to mention that he is a paid consultant for Rapiscan.

Despite the government’s ironclad guarantee that full-body scanners are the answer, despite the fact that the TSA has bought 150 Rapiscan units and is poised to buy 300 more at a cost of $76 million to taxpayers, and despite Chertoff’s assertion that the scanners are the pinnacle of airport security evolution, there is no consensus that they are even capable of detecting explosives like those carried aboard the airliner on Christmas.

When President Obama’s top counterterrorism aide, John Brennan, was asked on Meet the Press whether full-body scanners would have detected the explosives, he responded, “I think it’s an unknown,” hardly a ringing endorsement.

Fortunately, some experts believe there are simpler, less invasive, more cost-effective solutions. Kenneth G. Furton, professor of chemistry at the International Forensic Research Institute at Florida International University, has done extensive research on the reliability of canines in the detection of forensic specimens and is convinced that the use of dogs is a far more effective, and certainly less expensive, tactic for sniffing out (pardon the pun) explosive materials than the use of full-body scanners.

In a 2005 research article published in the Canadian Journal of Police & Security Services, Furton made this assertion: “Overall, detector dogs still represent the state of the art in real-time detection of items of forensic interest. There will likely be no replacement for the use of detector dogs in the foreseeable future unless numerous compromises are made in terms of speed, accuracy, sensitivity, selectivity, reliability, and mobility.”

Still, even Furton believes that there is not one end-all, be-all way to prevent terrorists from smuggling explosives on board airliners. What’s best, he concludes, is a multilayered approach to security that is efficient, accurate, cost-effective, and minimally invasive.

The Rapiscan full-body scanner displays none of those traits. In fact, though it can depict a person’s unclothed body with shocking detail (a virtual strip search), it is capable of detecting only objects within one tenth of an inch of the outer skin on a human body. Translation: A terrorist who conceals explosives in a body cavity, crevice, adult diaper, feminine protection, etc., will walk through a full-body scanner completely undetected.

James Carafano of the Heritage Foundation, who takes an opposing view on the scanners, assured the Washington Post that the machines “cover up the dirty bits.” Pardon our ignorance, but wouldn’t a terrorist be likely to hide an explosive in those “dirty bits” if he or she had that information?

The bottom line is that there is no one-size-fits-all solution to improving airport security, and it is irresponsible of the government to freely spend taxpayer money on new technology without research to support its effectiveness. Moreover, Americans aren’t willing to be humiliated every time they fly, particularly if these scanners won’t even improve security.

If the flood of messages from ­FlyersRights.org’s members is any indication as to the general state of mind of the nation’s air travelers regarding full-body scanners, then the airlines may need to brace themselves for a very lean 2010.

Ready why fliers should fear bombers, not body scans, by James Jay Carafano of the Heritage Institute.