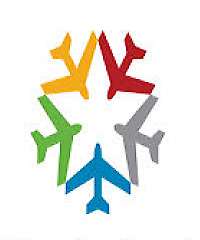 December 23, 2014
It’s been an extraordinary year for FlyersRights. A period of growth, excitement, and renewed commitment to our expanded mission.
We have discovered how many partners and friends we have across the country. Thank you for your support!
FlyersRights was founded as the Coalition For An Airline Passengers Bill Of Rights in 2006, with the primary mission of  organizing other passengers to pass a Passenger Rights bill ending lengthy tarmac delays.

The bill allowed passengers the option of getting off delayed planes after 3 hours on the ground, and required airlines to provide adequate food, water, temperature controls, ventilation and working toilets to accommodate a 3-hour delay.
We achieved this initial legislative goal with the enactment in 2012 with bipartisan Boxer-Snowe Bill of Rights. But much more needs to be done to restore the rights of passengers who are being squeezed physically and financially as never before.
Prior to FlyersRights, there was one place Americans could be assured of having almost no rights, no freedom of movement, no fresh air, no food or water, or even working toilets – that was on the airlines and runways of the nation’s airports.
Remember back to what holiday air travel was like five years ago? Bad weather routinely stranded passengers on hundreds of flights that idled on tarmacs, neither taking off nor returning to the terminal, for five, seven, even 12 hours and more.
An average of 1,500 domestic flights in each of the worst years, 2007 and 2008, were stranded on tarmacs for three hours or longer. In contrast to this year, where virtually zero lengthy tarmac delays were reported by the Transportation Department.
Still, the federal government has done pitifully little to protect air travelers, from the airlines re-engineering seating be as tight as possible to rubber-stamping megamergers that have significantly reduced competition, meaning higher prices and jam-packed planes, to allowing price gouging.
With the void in leadership from Washington, FlyersRights stepped in. We opened a staffed office on Capitol Hill in May, the first time since 2002 that passengers had such a presence in DC. We have succeeded brilliantly in carrying out that charge.

Our summer internship program brought together smart minds from the law departments of George Washington University and Georgetown University, who helped draft the legislation. 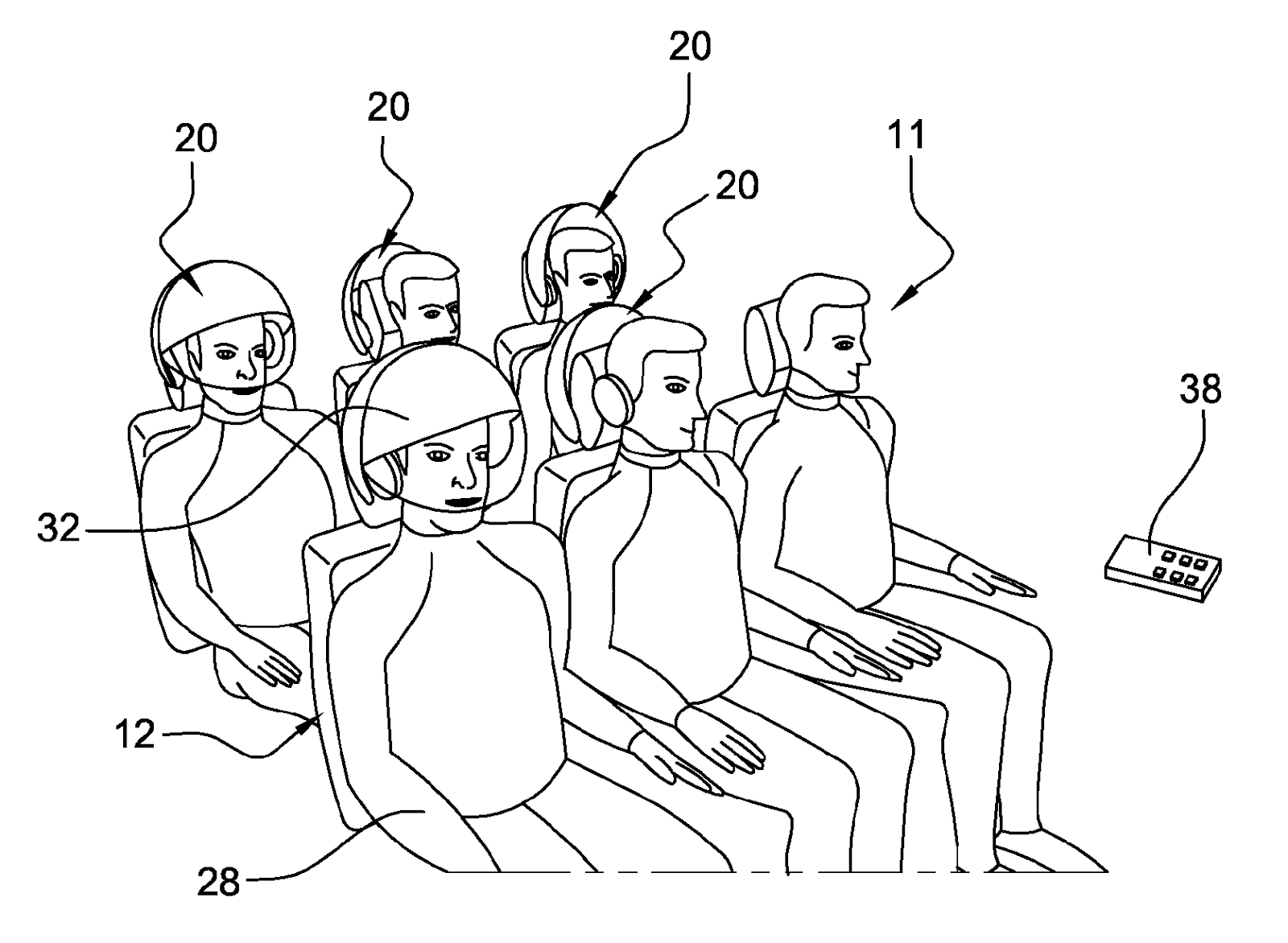 Wow, how did we miss this one?!

Back in September, Airbus filed a patent application for helmets attached to the headrests of coach seats that almost completely covers the passenger’s head.

Here’s Airbus’s statement of the problem their space helmet is designed to solve:
During aircraft flights, certain passengers have periods when they are bored either during a wait phase preceding take-off or following landing or during a cruise phase. Moreover, it is known that aircraft flights generate stress for certain passengers.
Translation: Flying in coach is an awful experience, you’ll forget all about it with a helmet on.
This solution, as envisioned in the patent application, is to envelop passengers’ heads in virtual-reality helmets, that distract attention from the too-tight seating with piped-in sounds, images, even smells. Or by blotting out consciousness altogether with a cocktail of white noise and deep-space darkness.

Just like how a hood calms a restless bird, and blinkers soothe on a spooky horse – we agitated passengers will be lulled into comatose, sardine cargo. 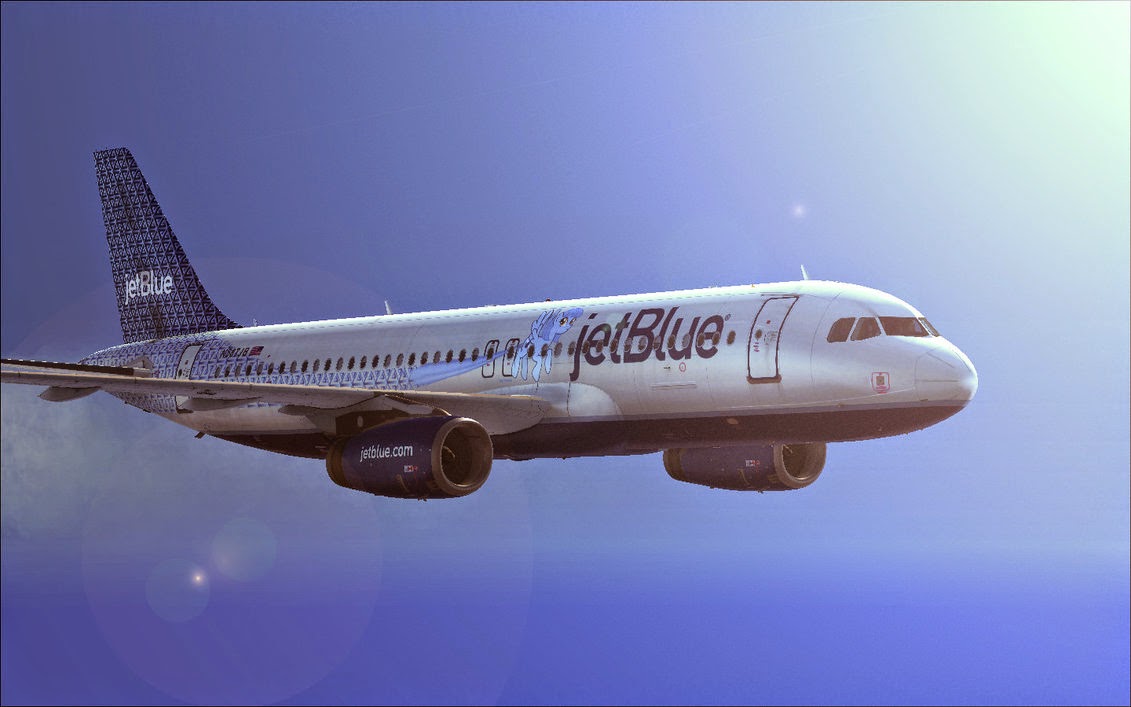 Back in June, Dave Barger, the CEO of JetBlue, acknowledged a fact that many airlines would prefer their customers not think about.
For both the company and consumers, Barger told “CBS This Morning,” a good flying experience is “about efficiency, it’s about being productive.
Barger said some of the additional and inflated fees airlines tack on to the cost of flying are “rude, when you really look at it.”
And he noted that carriers price gouge “because they can,” due to a lack of competition in the marketplace.
There you have it, straight from the boss’ mouth!

No. Refundable tickets have been non-usable by airlines imposing very high change fees.

Only Southwest of the major airlines allows you to cancel and use your ticket on a later flight. And fully-refundable tickets have also become so expensive that they are rarely used.